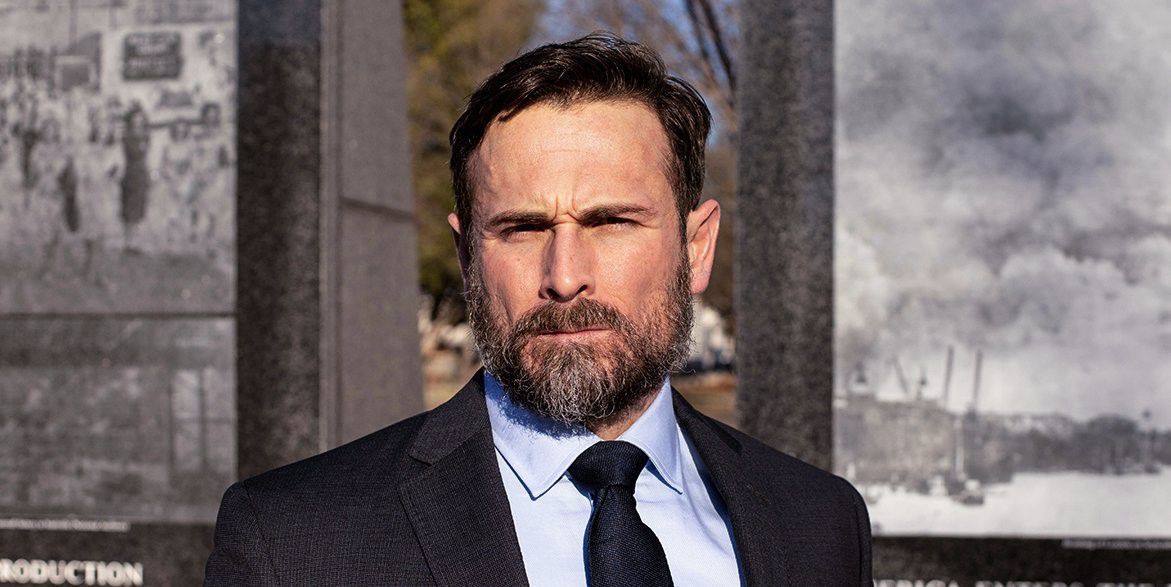 Sean graduated with honors from the Drake University Law School in May 2009. Following successfully taking the Illinois bar, he served as Special Assistant Corporation Counsel at the City of Chicago Department of Law: Torts Division for the people of Chicago. Sean represented and defended the City of Chicago and its employees in lawsuits negligence and intentional tort claims. He drafted pleadings, dispositive motions, and research memoranda and conducted depositions. Sean’s first jury trial even took place at the famous Daley Center in downtown Chicago.
During law school, the United States Army selected Sean for a commission into the Judge Advocate General’s Corps. Receiving his commission in October 2010, he successfully completed the Judge Advocate Officer Basic Course at the Judge Advocate General’s Legal Center and School in Charlottesville, Virginia in February 2011 and graduated from the Basic Officer Leadership Course at Fort Benning, Georgia. While enroute to his first duty station, Sean completed the Sabalauski Air Assault School at Fort Campbell, Kentucky and earned the Air Assault Badge.

In April 2011, Sean arrived at the I Corps Office of the Staff Judge Advocate at Joint Base Lewis-McChord, Washington. His leadership assigned him to run the installation’s two tax centers for deployers and for the 2012 tax season. Sean successfully led—with an amazing team of noncommissioned officers—a team over 25 Soldiers that completed over 8500 federal and state tax returns, generated over $16,650,000 in the refund, and saved the installation’s client-based over $1,325,000 in preparation fees. On top of his tax center duties, Sean also completed legal assistance duties including drafting General Officer Memorandum of Reprimand (GOMOR) and Financial Liability Investigations of Property Loss (FLIPL) rebuttals and provided legal advice to Servicemembers and their dependents. For his efforts, Sean earned an Army Achievement Medal and personally received the Judge Advocate General’s Coin from the Army Deputy Judge Advocate General.

His leadership then assigned Sean to work in the Administrative Law Section of the I Corps Office of the Staff Judge Advocate. As an administrative law attorney, he served as a legal advisor to commanders within I Corps on investigations into senior leader misconduct, line of duty determinations, property loss, issues involving sexual harassment and equal opportunity violations, and death and suicide investigations. Sean also advised on Article 32 investigations prior to the revision of Article 32, and he also served as one of the first judge advocates for preliminary hearing officers under the revised Article 32. He also took on additional duties as a part-time military magistrate authorizing search authorizations upon probable cause and heard cases regarding pretrial confinement for Soldiers accused of court-martialable offenses. Sean’s time as an administrative law attorney provided a solid knowledge foundation for how the Army operated and he took these lessons into his next position.

Sean left I Corps and transferred to the newly reactivated 7th Infantry Division in November 2013. There, he served as a trial counsel (prosecutor) for the 16th Combat Aviation Brigade—an aviation unit that consisted of over 3,000 Soldiers. A few months after he arrived, Sean deployed with the 16th Combat Aviation Brigade to Afghanistan as part of Operation Enduring Freedom. While continuing on with his trial counsel duties, Sean also advised on the Rules of Engagement, Law of Armed Conflict, and other operational law categories for his brigade, which included AH-64E Apaches, in strikes against the Taliban. As a trial counsel, Sean’s case loaded included cases involving accusations of murder, rape, theft of military property, drug possession and dealing, assault, and military offenses.

In July 2015, Sean’s next assignment took him to Trial Defense Service, Fort Campbell Field Office at Fort Campbell, Kentucky as a trial defense attorney—where his passion for representing Soldiers through the military justice process thrived. Roughly three weeks after his arrival at Fort Campbell, he tried his first court-martial as a defense counsel. Throughout his time at the Trial Defense Service, Sean engaged in extensive courtroom litigation including motions practice, voir dire, cross-examination, opening statements, and closing arguments. His caseload covered accusations of murder, rapes, sexual assault, child rape, and sexual assault, child pornography, drug use and possession, aggravated assault, assault consummated by a battery, and absence without leave. Although focused on the primary mission of court-martials, Sean assisted and represented hundreds of Soldiers throughout the region including Fort Polk and Fort Rucker with administrative separation actions and boards, nonjudicial punishment, adverse administrative actions and investigations, and suspect rights advisement.

Following his time at the Trial Defense Service, the Army assigned Sean to 3rd Battalion, 5th Special Forces Group (Airborne). After completion of Airborne School at Fort Benning, Georgia in July 2017, he deployed with his unit to Northern Syria to help fight the Islamic State. Sean advised on the Rules of Engagement, the Law of Armed Conflict, and other operational law issues including partner force operations but also advised on complex fiscal law issues relating to the National Defense Authorization Act and the Counter-ISIS Train and Equip Fund. Following redeployment, Sean taught a two-hour block of instruction on partner force operations and the application of the Rules of Engagement at the Army’s Judge Advocate General’s Legal Center and School to other judge advocates in all branches of the armed forces. Sean also took on military justice actions as a prosecutor again. Sean deployed again to Northern Syria and advised his commanders in their fight against the Islamic State and the destruction of its caliphate. As of this date, Sean has more time serving in Syria than any other judge advocate.